RISCOS is an operating system with a graphical user interface and was first released in 1989 to be used for computer systems built by Acorn Computers (Cambridge, UK). RISCOS is designed to run on Acorn’s invention the ARM processors. These ARM processors have the unique feature of being very power efficient and that is the reason why they can be found in 90% of all mobile phones. They can be found in all iPhones, Samsung and Huawei phones. So RISCOS can be used to built low energy consuming computer systems (10 to 15 Watt) to reduce your CO2 footprint. 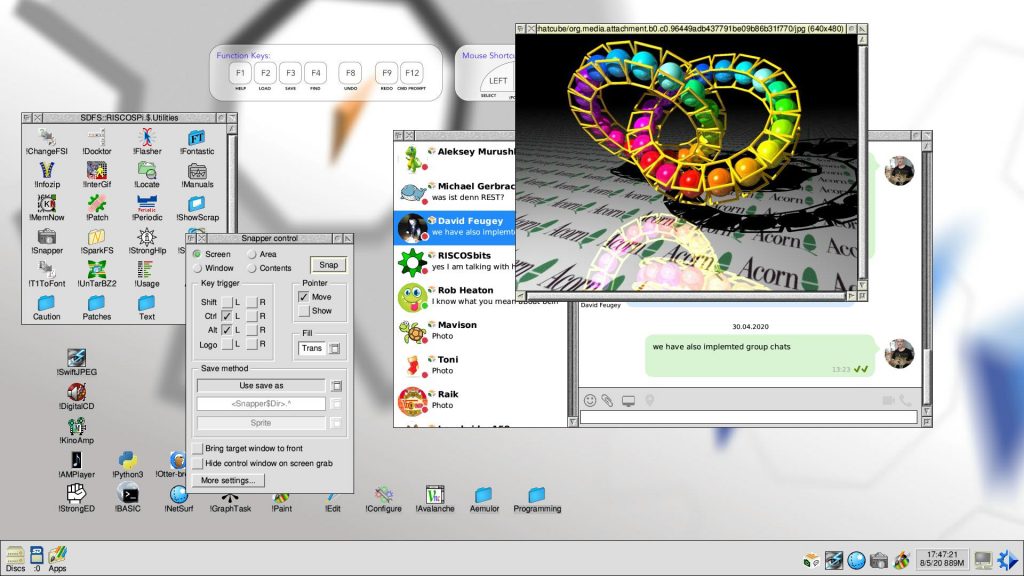 But RISCOS has also other qualities that are outstanding. It is modular based and saves resources as it doesn‘t use up GBytes on your hard disc. It can be used for years without reinstallation of the operating system as installing new programs doesn‘t mess up your computer. RISCOS doesn‘t force you to upgrade your computer hardware every 4 years or to upgrade your software to new versions as there are no operating system upgrades that will make your current software stop working.